The best thing about every new year is that we get to move forward and set new goals. Goal setting can be a positive if we know what we want to achieve.

Before we go forward let us briefly look back at 2021.

Covid-19 did not go away. We had anticipated a total reopening of the economy, businesses, and schools, yet the virus morphed and still lingers in early 2022.

Omicron variant seems to be everywhere, such as the name implies. Cases are now at record levels, but thankfully less deadly and a bit less impactful

Since the March 2020 market drop of 30%, stocks have been on a roll. The S&P 500 has rallied from a February 23rd, 2020 low of 2,192 to 4,818 high on January 3rd, 2022, representing nearly a 220% increase. Real estate prices have also soared as well. Investors are richer while the non-investor class suffers from rising inflation, particularly in food and energy, both of which are excluded in government calculations.

Last year the S&P 500 rose 26.8%. The AGG, or total U.S. Bond index, lost 1.68%. Gold was down nearly 4%. Crypto currencies soared as a speculative bubble of liquidity drew many new investors into SPAC’s and Initial Public Offerings.

Those areas that soared in 2020 and early 2021 crashed into year end. ARKK, a well-known disruption/innovation ETF, peaked in February after being a top 2020 performer. It dropped 41% by the end of 2021.

Left behind sectors like energy took the lead in 2021 after a disastrous 2020.

Oil itself rose 55% and other commodities joined the party as inflation hit 6.8% in November, as measured by the CPI (Consumer Price Index). This shocked most of Wall Street and the Fed.

The U.S. dollar, however, rose 4.5% in 2021 and remains the world's reserve currency. This baffles many and leads some to wonder if one day the greenback will lose its status as the de facto global currency.

Last year was a Goldilocks year for stocks despite the pandemic, political divisiveness, and soaring inflation. Other countries did not fare as well. Emerging markets lost 0.64%. Japan was +1.57% and IEFA, a developed non-U.S. stock index, was +11.29%.

The U.S. outperformed China as well, their markets rose about 5%. China began cracking down on some very successful innovative business leaders, like Alibaba's Jack Ma.

Evergrande, a huge real estate developer, is being allowed to implode, financially ushering in the long-waited reckoning in Chinese real estate investment.

Secular bull markets can last 16 years on average, so we may have a few years left in ours, which began in March 2009.

What can go wrong?

Our two greatest concerns revolve around inflation and Fed tightening. With unemployment at 3.9% in December and the 10-year Treasury note yielding 1.76%, the Fed is behind the curve. While the U.S. remains 3.6 million jobs below pre-pandemic levels, the Fed cannot ignore current levels of inflation any longer.

A short burst of Fed fund rate rises now seems likely to start in March and go well into 2022.

Market pundits like Bank of America and Morgan Stanley are looking for a flat to down stock market in 2022. Most others expect an 8% market rise, in keeping with an 8% gain in EPS for the S&P 500.

Earnings forecasts and interest rates drive stock prices. P/E ratios are now historically high and not likely to move higher, with rates moving up after 40 years of mostly downward trajectory. Higher rates give bonds more of a competitive edge over stocks. 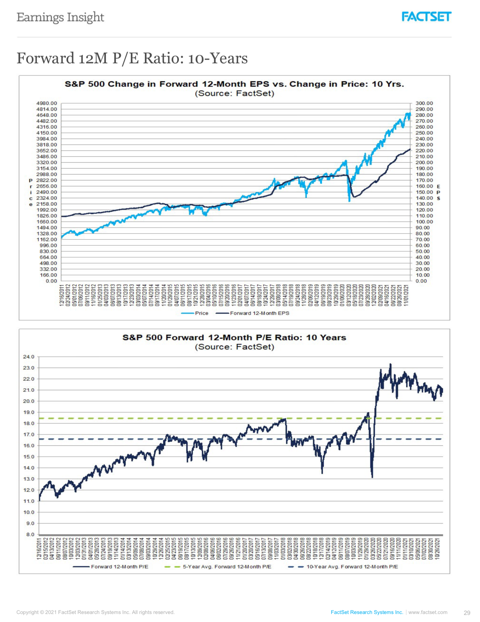 As the new year begins, we are seeing a sharp rise in both short term and long-term rates in the U.S. and Europe. In fact, rates may soon turn POSITIVE in Germany and Switzerland! Germany is currently at -0.04% and Switzerland sits at -0.02%.

We continue to be faced with a “TINA” market however, as There Is No Alternative to stocks if you want a hope of beating inflation on liquid assets.

What can go right? Plenty.

Fact Set estimates the forward valuation on the S&P 500 is 21.2x earnings estimates. That is above the 10-year average of 16.6x.

Only time will tell how events play out.

On the political front, we have an election year in 2022 for many Congressional and Senate seats. Going back to a spilt between Democrats and Republicans means fewer negative surprises on taxes and other fiscal policies.

China, Russia, Iran, and North Korea may well test our resolve to tolerate their hostile actions.

We wish you a great year ahead! We are honored to be part of your lives. 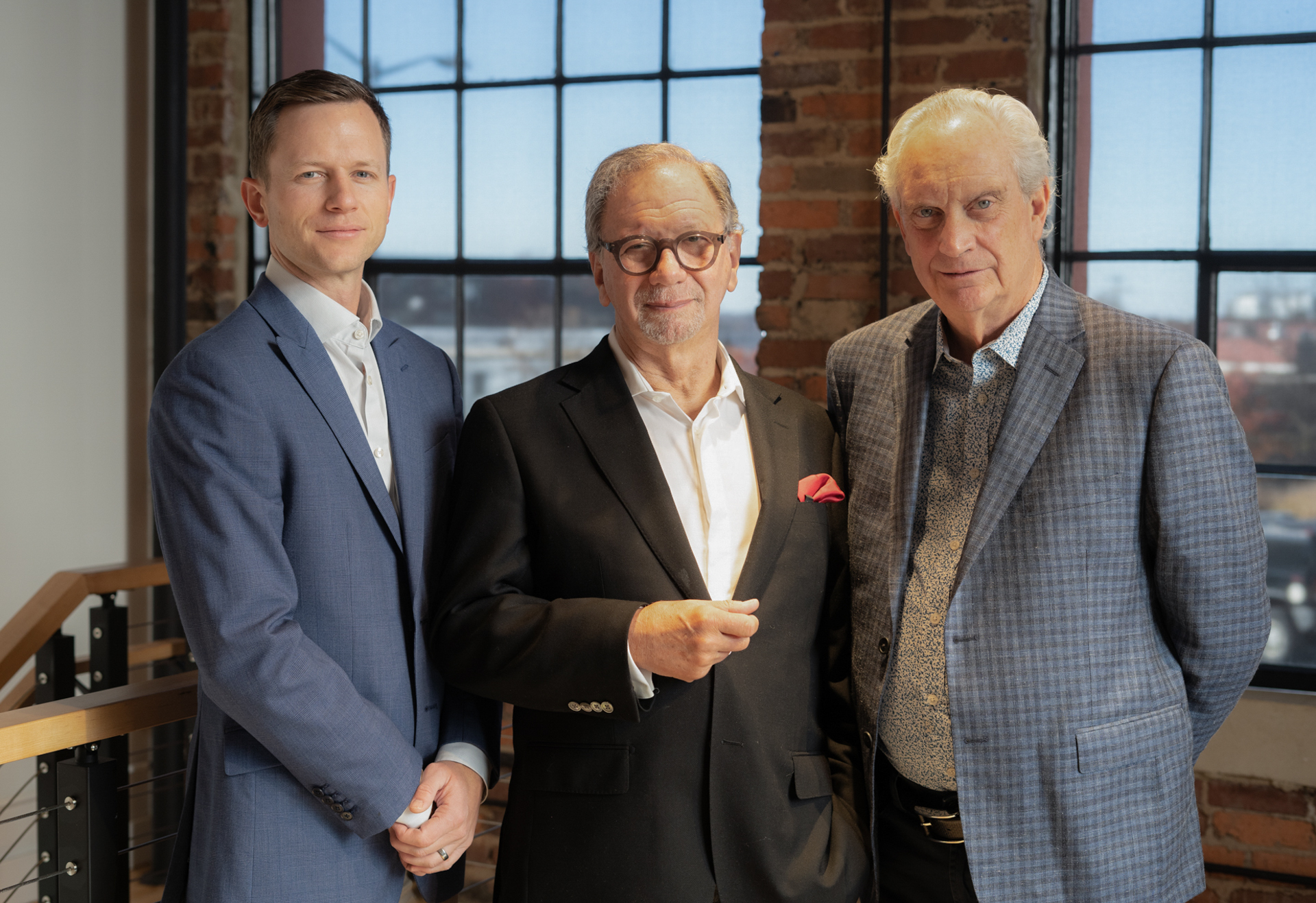