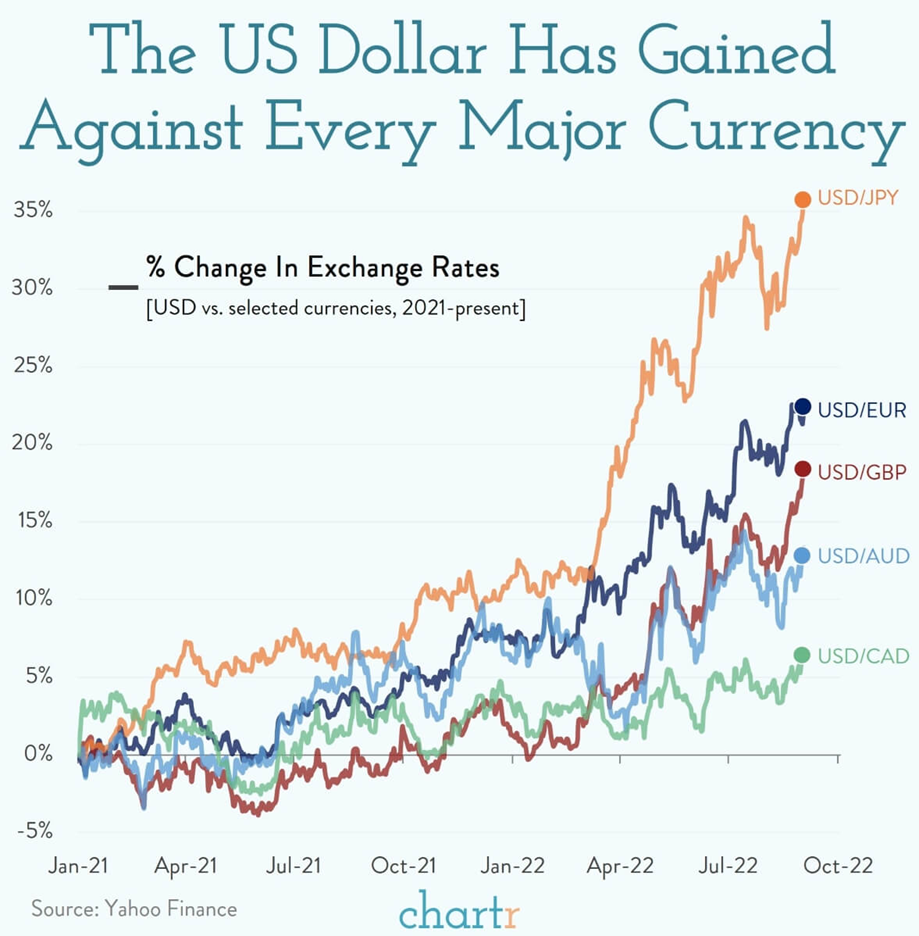 Thanks to this persistent inflation, your dollar isn’t going as far in your local grocery store. The silver lining for those that travel internationally is the US dollar will go farther than it has in years when spending abroad.

At the time of writing, $1 is worth 1 euro, a two-decade low for the European currency, while one British pound is worth just $1.15 — the lowest level for GBP since 1985. Looking at the chart above, you’ll see just how drastic a lot of these moves have been. The dollar would go quite far in Japan right now, perhaps a good time to go!

The recent exchange rate moves follow a stand-out performance for the dollar in August, when it was the second best-performing global asset for the month, behind natural gas.

The Federal Reserve's continuing support for steep interest rate hikes, in a bid to curb inflation, has been more aggressive than in other regions. That's been attractive to investors seeking higher rates on their cash and is likely to continue given the Fed's firm stance on taming inflation.